Warning: Attempt to read property "ip" on null in /customers/5/f/0/nudem.dk/httpd.www/wp-content/plugins/ip-blocker-wp/index.php on line 328
Skip to content
× 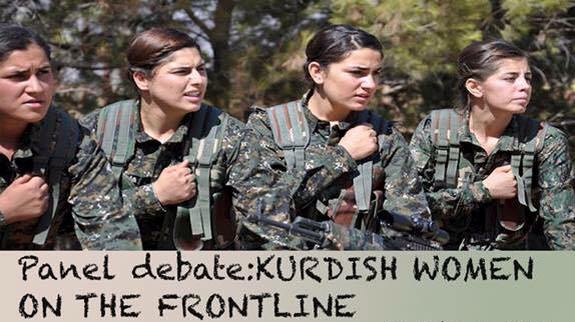 Amidst the chaotic state in the Middle East, the Kurdish female warriors influence the image presented in the Western media significantly. They have truly surprised the world about how free and equal they are in a region, in which women otherwise suffer from patriarchal society norms.

Although the Western media and the public primarily have been occupied with these women’s appearance and attire, many wondered about the liberated position that the Kurdish women have taken in the fight against the terrorist organization ISIS. Despite ISIS’s endless brutality against civilians in the Middle East, the Kurdish women have given the world hope and shown that radical forces such as ISIS will not be allowed to destroy the already weak / weakened democratic values in the region.

Although the media coverage of Kurdish women have been intensified, there has on the other hand only been a few stories which commented on the position that these women took in the fight against radical groups such as ISIS in an analytic way.

Obviously, these women have not just joined the fight from one day to the other. There is a socio-cultural and political history, which underlies the Kurdish women’s strong position in the society. We will learn more about the socio-political factors in the panel debate, which have played a role in the development of a democratic view on women in Kurdistan.

THE PANEL CONSIST OF:

University of Bergen. She has studied The Kurdistan Workers’ Party (the PKK), from an educational perspective.

*Nina Rasmussen, author and adventurer. In 2014 she traveled for two months in Kurdistan, Iraq, Syria (Rojava ) and Turkey. On the last trip she visited female soldiers in the front at Rojava and female PKK soldiers in a camp in Kandil mountains.

*Afshin Berahmand, has worked in the United Nations, where he was responsible for women in conflict: “Women, peace and conflict”. He will address specific challenges in which the women in Iranian Kurdistan face, for example the theocracy in Teheran.

The debate will be held Tuesday 24. February 2015 at 18.00 at the University of Copenhagen – the Faculty of Humanities (Det Humanistiske Fakultet).